TIMES SINGAPORE, YOGYAKARTA – Let your taste buds set sail on a culinary experience at Kopi Luwak Mataram in Yogyakarta. Its signature menu, Bakmi Jawa (Javanese Fried Noodles) is the most favorite dish for people from all walks of life.

Bakmi Jawa is the soft, chewy noodles combined with flavorful shredded chicken, chicken broth and topped with duck eggs. You can find this Javanese culinary at Kopi Luwak Mataram, which is located on Jalan Pelemwulung 15, Banguntapan, Bantul.

According to the stories passed down from generation to generation, this Javanese culinary can be traced back to its origin in Piyaman Village, Wonosari sub-district in Gunung Kidul. This culinary had spread out throughout Indonesia, even overseas. The sellers of this noodles usually had a distinctive features, such as a special food cart to serve the dishes and to put the cooking tools and the ingredients. Usually, the sellers started serving the noodles from the afternoon until the late of night.

Bakmi Jawa is not merely a dish, but it has been a symbol of Javanese tradition in the society. It is usually served in many social events, such as tasyakuran (a ceremonial feat to express gratitude to God), slametan (a communal feast from Java, symbolizing the social unity of those participating in it), and even funeral.

Bakmi Jawa was traditionally cooked by using Anglo (clay stove) and charcoal. Some people assume that this traditional cooking method could give a different taste to the noodles. “A portion of Bakmi Jawa costs IDR 20,000. The visitors can also choose the type of noodles, which are boiled noodles or fried noodles. Sometimes they also want to add some side dishes, such as chicken head, uritan (premature chicken egg), chicken wings and so on,” said the Manager of Kopi Luwak Mataram, Gilang Syach Putra to TIMES Indonesia.

The visitors will have a different level of dining experience in Kopi Luwak Mataram as it provides the comfortable atmosphere. The main building is in form of a traditional Joglo house with antique furniture in its interior.

The owner of Kopi Luwak Mataram, Edy Prabowo, said that he wanted the visitors to experience the traditional house atmosphere. That’s why he made a restaurant with a traditional Javanese concept.

“Bakmi Jawa will be best enjoyed with a cup of rock sugar tea, especially if you have a great companion, like your family or friends,” said Gilang Syach Putra, the Manager of Kopi Luwak Mataram in Yogyakarta. (*) Bloating Tummy and Its Prevention How to Stay Healthy After Ramadhan Now You Could Put Keraton Kasepuhan Cirebon On Your Itinerary 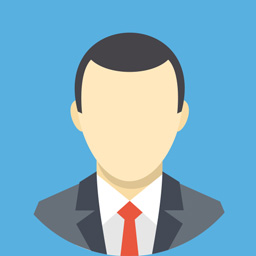